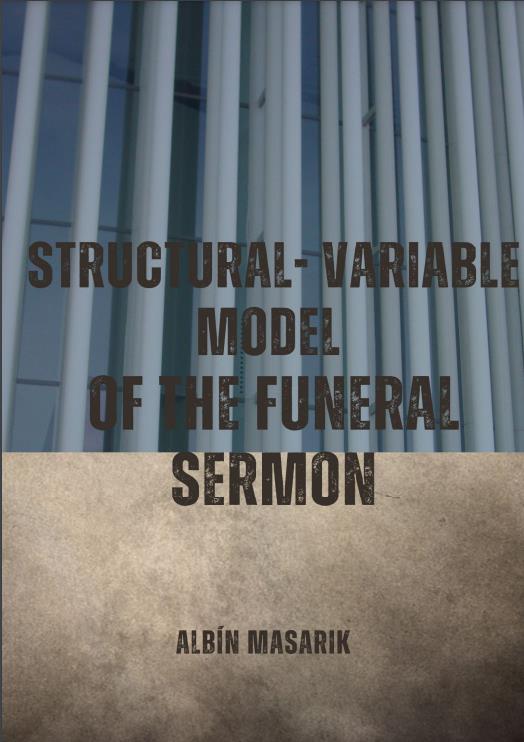 During the course of my pastoral ministry, I used to prepare for each funeral as though I had carried out all my years of theological study on behalf of this one occasion. I realised that the situation where those closest to the deceased found themselves was one of the most serious crises of their lives. They needed help, therefore, I asked myself what kind of help they needed, and what role Christian funerals - and more specifically the funeral sermon itself - play in helping. Out of this came the natural question of how to get to grips with these tasks in such a way that they were carried out with the maximum possible benefit for all involved. I searched, therefore, for good theoretical works in the area of occasional homiletics.

After some searching and selecting of the methodology of practise, as I describe in the Introduction to this book, I decided to address Professor Igor Kišš, who was my teacher at the Slovak Evangelical Theological Faculty in Bratislava (now known as Evangelical Lutheran Theological Faculty, Comenius University, Bratislava, Slovakia). His published collection of funeral sermons (Hope at the graveside. Funeral sermons, Sections 1-4) is suitable for studying the structural-variable model and various possibilities of access to its individual parts. With many years of pastoral practice behind him as a Lutheran pastor, Igor Kišš has continued to advance academically since his earlier days, gaining a doctorate in theology and later also the academic and pedagogical titles of senior lecturer and university professor. He also gained two noteworthy distinctions for his academic work: in 2002 the Comenius University gold medal, and in 2004 he was awarded the cross of honour for first-class research by Austrian president Dr. Klestil.

I took the liberty of asking the professor for provisional approval of my research project at his funeral sermons, on the condition that I show him the first results of my work as soon as possible. About two months after submitting them, we met again and the professor kindly agreed to the continuation of my project. Over the course of our conversations together my conviction grew that the chosen collection of funeral sermons was a fitting sample from a fitting author and the study of this collection will allow us to get a picture of the partial roles of the individual parts which together form the funeral sermon.